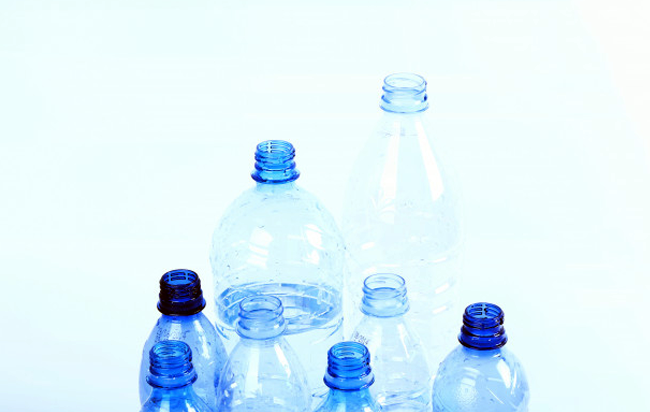 Plastic, one of the main enemies of the environment

We have always used plastic , to build objects, for containers and tools that come into contact with what we eat, for the water we drink. Plastic is everywhere and is literally invading the planet. It seemed to be the material of the future, this led to unprecedented expansion, but then it became our main enemy. The numbers speak for themselves and are quite critical, in 1950 2 million tons of plastic were produced, today they are produced 50 years after 340 million. Obviously it is impossible to dispose of everything and therefore only 15% of the products are recycled, the rest ends up in landfills or dispersed in the environment, which results in 8 million tons of plastic waste a year worldwide. Irreparable damage to the planet, just think that there are seas in which there is so much plastic that it is no longer possible to admire the water but only to notice an expanse of objects. This affects animals in the first place , the extinction of many species, but also the mountains and the surrounding landscape, since it is easy to be transported elsewhere by the winds.

How it is made, why it is used, what are the contraindications (industrial production and pollution ...)

Just look around to see how every object is practically made of plastic: glasses, shoes, computers, smartphones, car interiors, bicycles . Even those things that are not made entirely of plastic still have a lot of details of this material. Plastic is everywhere and is very bad for the environment and for man. In fact, estimates attest that humans swallow so many of those annual plastic microparticles, that they can ideally form a credit card.

Plastic is an organic material with a high molecular weight, this means that it is a thick material made of synthetic polymers. The first stage in the development of plastics was in 1855 when the first artificial cellulose were produced in Switzerland. However, only in the twentieth century did plastic begin to find application thanks to plasticizers, polyurethane, polyester and other similar materials.

The plastic boom certainly occurred when the concept of disposable and therefore a disposable product was developed. Certainly previously it was widely used given its low cost, versatility of use and durability that compared to other even more expensive materials is not comparable. However, when the idea developed that this product could be easily used for disposable there was an unprecedented boom. At that point, everything was produced in plastic: bottles, plates, glasses, food containers. The situation that was triggered was "portentous" from an economic point of view because plastic is convenient and cheap. But then the picture fell apart, studies on the environment made it clear how dangerous it was and so the European Union had to ban the production and marketing of all disposable plastic items.

In addition to pollution as an end in itself, plastic worries for many other reasons, it is primarily polluting even indirectly because the vapors from factories that produce plastics are potentially harmful to health. It is therefore not only a question of the impossibility of recycling everything that falls within the disposable and plastic in general but also the whole chain triggered by this production process which is dangerous for humans.

A focus on plastic bottles (water and drinks)

One of the greatest dangers in this regard is given by the excessive use of plastic bottles . These are highly polluting since only a very small amount is actually disposed of, about 10% will be recycled and in any case it is not an ecological material which means that the use of chemicals is required and therefore the existence of products at the end. waste. Around the world around 2 million plastic bottles are purchased every 5 minutes, in the US 1 million plastic cups are consumed every six hours. This says a lot about what happens overall, almost seventy million plastic bottles are thrown around the world every day. For this there are spaces equal to those of entire continents where it is possible to see only plastic.

This is not to mention the danger for the human body of drinking water that has been stored for a long time in plastic which, however, if exposed to the sun and unsuitable sources, compromises the natural pH of the mineral water making it acidic. The plastic of the bottles specifically is not suitable for reuse . Many have the habit of using the bottles all day, constantly sipping nearby. This is a common mistake but also very harmful to the body. When you drink from the bottle, germs and bacteria are deposited and proliferate right where the mouth is then placed again.

For all these reasons, today it is strongly not recommended to use a plastic bottle to use water but rather we must consider, in order to preserve one's health, to use special tools such as stainless steel bottles which are the most suitable .

Conclusions: advice on how to protect the environment in your own small way

To safeguard the environment and keep it clean it is important every day to try to implement small solutions to reduce plastic consumption and minimize pollution. First of all, it is important to use the car as little as possible and in any case to prefer public transport or walking if possible, also because it is good for your health.

Do not use plastic bottles but prefer bottles in steel like those you can choose from Spice Electronics that are suitable for transport and daily use ; decrease the amount of paper used without waste; always close the water tap when not in use, for example while brushing your teeth and turn off the lights when they are not needed, both those in the house and all light sources that therefore pollute the lights of TV, computers, video games. 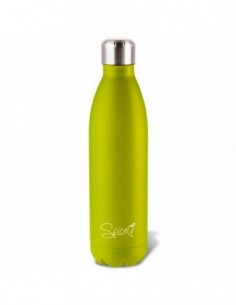 Spice Electronics
SPP058-500G
€9.90 €19.90
Acid Green Stainless Steel Bottle (500ml) / Ultra-resistant Thermal Bottle Made of quality stainless steel: the spice bottles are made of 18/8 stainless steel, free of bpa and phthalates, and have an anti-scratch coating , against marks, fingerprints and at the same time offer a perfectly ergonomic grip They keep the temperature perfectly: finally the... 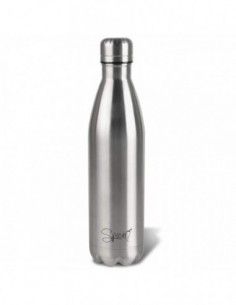 Spice Electronics
SPP048-750
€17.90 €29.90
Ultra-resistant Thermal Bottle / Stainless Steel Bottle Stainless Color (750ml)QUALITY STAINLESS STEEL : The SPICE bottles are made of 18/8 stainless steel, free of BPA and Phthalates, and have an anti-scratch coating against marks, fingerprints and at the same time offer a perfectly ergonomic and safe grip.PERFECT TEMPERATURE FOR YOUR DRINKS... 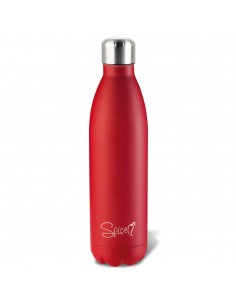 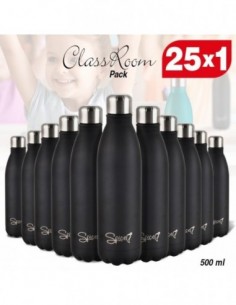 No comments at this moment